Guest Post by Author Lorilyn Roberts: Monster Inside My Daughter

Animal Planet found this story so gripping, they’ve included it on their show, Monsters Inside Me.
Animal Planet’s “Monsters Inside Me” airs on Wednesday, August 25, 10-11pm EST, or check the archives at http://animal.discovery.com/tv/monsters-inside-me/ . Help us get the word out about this important issue. 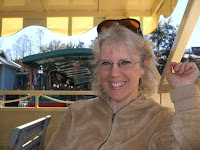 “I feel a pulse,” one of the medics said.


The paramedics worked feverishly on Manisha to make sure she was still alive. My beautiful seven-year-old daughter from Nepal lay on the floor unconscious at the O’Connell Center of the University of Florida.

“Has she ever had a seizure?” another one asked.

“No, no,” I said in bewilderment. Manisha rolled over and vomited.

One emotion consumed me: Fear. The enormity of single parenting hit me like lightening.

After hooking up stabilizing IVs, Manisha was whisked off in an ambulance to Shands Teaching Hospital. I found a pay phone and called my mother. Her first comment was, “Do you know what day this is?”

I remembered—September 19. Four years to the day and almost to the hour, my father had died of a brain tumor. It was about 5:00 p.m. My shattered world continued to close in on me. A short time later my worst fears were confirmed.

“There is something on the CAT scan. We have a called a neurologist,” I heard the nurse say.

But God was silent. The next nine days of hospitalization were filled with tests—MRI, gallium scan, spinal tap, TB test, HIV test, numerous blood draws, and too many questions and not enough answers by doctors doing their daily rounds with medical students in tow. Manisha had what in medical parlance is called a “zebra.”

As the days passed in the hospital, I asked God for two things that humanly speaking seemed impossible. I prayed first that the doctors would not have to do surgery. I couldn’t bear the thought of seeing Manisha’s beautiful thick, curly black hair shaved off. The ugly scars of surgery still lingered in my mind from my dad’s brain surgery. And I prayed that whatever was in Manisha’s head would not be cancerous. I had asked God to heal my father of a brain tumor and he died. Could I trust God for Manisha’s healing?

It was critical that the doctor’s make the correct diagnosis. The wrong treatment could kill her. Did she have a malignant brain tumor or a worm inside her head? Manisha had been adopted by me from Nepal at the age of three—old enough to be exposed to the extreme poverty of Nepal and lack of clean drinking water. 57.1 percent of the water in Nepal is considered unsatisfactory for human consumption, contaminated with feces.

Manisha’s condition turned out to be caused by a tapeworm infection of the brain—the most common parasitic infection of the nervous system. The larvae can travel anywhere in the body—the muscles, brain, eye, and other structures. The condition, known as neurocysticercosis, is still relatively rare in this country, but is appearing more on the radar as part of the differential diagnosis for seizures.

Why did God allow this nightmare to happen? I don’t know why God allows the hard things in our lives, but I do know God never wastes anything. I hope writing about neurocysticercosis today will bring awareness to this very preventable disease. International adoptive parents and travelers to the developing world should seek appropriate medical care upon returning to the U.S. if they have been exposed to poor sanitary conditions or contaminated water.

In spite of the trials of single parenting, the years following that dreadful day of September 19, 1994, have been filled with life and joy. Manisha soon will be leaving home to make her own way in the world, and I reflect on her middle name Hope—with God, there is always hope, and for that I am thankful.

The book, Children of Dreams tells the complete story, available at Amazon.com, Barnes & Noble, and your local bookstores. For more on Manisha’s story, be sure to watch Animal Planet’s “Monsters Inside Me” on August 25, 10-11pm EST, or check the archives at http://animal.discovery.com/tv/monsters-inside-me/ .

Enter a drawing for a free copy of Children of Dreams on Lorilyn’s website and blog. The drawing will be on September 1, 2010. Go to the website for details.

Permission was granted to use this material as free content on this site,as long as used in its entirety, including the bio and links at the end.

Karen
Georgia, United States
In March of 2009 I celebrated my three-year anniversary of affirming God's call for me to write. My on-the-go hubby, in-and-out young adult children, and vandalous-but-cute cats keep me hopping.

Writing Clips and Honors (others available on request)

Check out my ShoutLife profile and blog

Writing Tip of the Day